He was born in Bihar, India. He attended the St. Karen's High School in Patna.Reportedly he was an avid reader who was deeply interested in astrophysics and won the National Olympiad in Physics.[17] He secured an admission in the Delhi College of Engineering to pursue a Bachelor of Engineering degree in mechanical engineering.He was a brilliant student who won many prizes in his school and was recognised as one of the best student. According to Rajput, he did not have any interest in engineering but his family gave him no option which left him dissatisfied. He instead wanted to become an astronaut and later an air force pilot but was also interested in Bollywood, being a fan of Shah Rukh Khan.

Rajput loved astronomy and astrophysics, and purchased a Meade LX-600 16" telescope, placing it in a window of his house to observe the rings of Saturn. In preparation for his role as an astronaut in "chanda Mama Door ke, he was given the opportunity to train at NASA. He intended to go back and complete the certificate of instructor training, aspiring to be chosen for the 2024 Artemis program.[154] In 2017, he funded the trip for two students to the US Space Camp Center, under his education programme called Sushant 4Education.

The first girlfriend of his that was revealed to the public was his co-actor from the serial "Pavitra Rishta" Ankita Lokhande. When they broke up, the reason stated was that Ankita wanted to start a family while Sushant wasn't ready as he still wamnted to focus on this career and complete his wishes.THe two eventually parted ways after 6 years of dating. 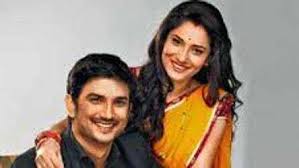 Rhea and Rajput began dating in the summer of 2019, according to reports, and moved in together in December 2019. On 8 June, a week before Rajput's death, Rhea went to stay with her parents and wasn't home when the actor died. 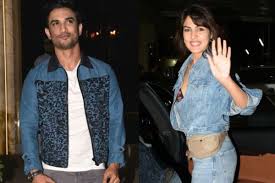 When Sushant died on June 14, 2020,reports in the press suggested that he had been dealing with mental health issues. But within days, the focus shifted to Rhea and the 28-year-old upcoming actress soon found herself at the centre of a storm of allegations, conspiracy theories, rumours and unconfirmed reports. The media attention intensified after Rajput's father registered a complaint against her. He denied that his son had any mental health issues and accused Chakraborty of stealing his son's money, among other allegations.For months, Chakraborty has been trolled on social media. She's been called names like "fortune huntress" and "mafia moll", and has been accused of getting Rajput addicted to drugs and driving him to suicide.THe actress has approched Supreme Court, denying the allegations. She has also issued a plea to Home Minister Amit Shah for a fair investigation into Rajput's death. Although the truth about Sushant's death is not found, many believe that he was murdered by Rhea, some close friends and some of the big names of bollywood.